(FOX NEWS) -- A pit bull who was shot in the face and found covered in bleach in May was officially adopted this week by the same patrol officer who rescued him.

On May 9, Timothy Elliott, a patrol officer with the Indianapolis Metropolitan Police Department, fielded a call about an injured dog who had wandered into a local post office.

When he arrived at the scene, Elliot saw the dog “in the corner lying in a pool of blood,” Elliott told Fox News on Saturday, adding that there was “an overwhelming smell of cleaning chemicals,” when he walked into the area where the pup was. The smell was later determined to be bleach.


Despite his injuries -- which included a gun wound to his left eye, a bleach burn to his right eye, a shattered jaw and a few cracked teeth -- the dog, later named “Winx,” still wagged his tail, managing to walk over to Elliot where he leaned his body against the officer’s legs before falling down at his feet.

It was at that moment, Elliot said, that he felt a connection to the dog, who was taken by Indianapolis Animal Care and Control officials.

Later, Elliot, determined to find a home for the dog, visited Winx with his wife, Tiffany.

“She sat down on the floor and [Winx] came to her and sat between her legs,” Elliot said, adding that the pup appeared to be smiling.

The couple ended up taking Winx home to foster him, but it didn’t take long to decide they wanted to keep him for good.

“After a couple of days, we decided to adopt him,” he said. But in reality, Winx “made the decision for us.”

Winx underwent surgery to remove his damaged eye. Veterinarians determined that the bullet had traveled through Winx’s left orb, leaving fragments. The rest made its way to the pup’s throat, where it remained lodged until it was removed. He also had a procedure on his jaw and was unable to eat solid food for some time.

The Indianapolis Metropolitan Police Department is still investigating Winx’s case. Elliot says that authorities have a lead but don’t yet have enough evidence to go forward with animal cruelty charges.

While the road to recovery was long, Elliot said Winx “appears to be painless and happy,” adding that the couple’s other pets -- a German shepherd named Porter, another pit bull named Gauge and two cats -- get along well.

Despite the cruelty he has experienced, Winx is “loving and caring," he said, adding that Winx’s adoption was made official this week after he was medically cleared.

“He was so strong; any other breed of dog maybe would've died, which is one of the reasons why I wanted to bring him home,” he said. “He was bound and determined not to give up.”

A GoFundMe has been set up to support Winx’s medical costs. 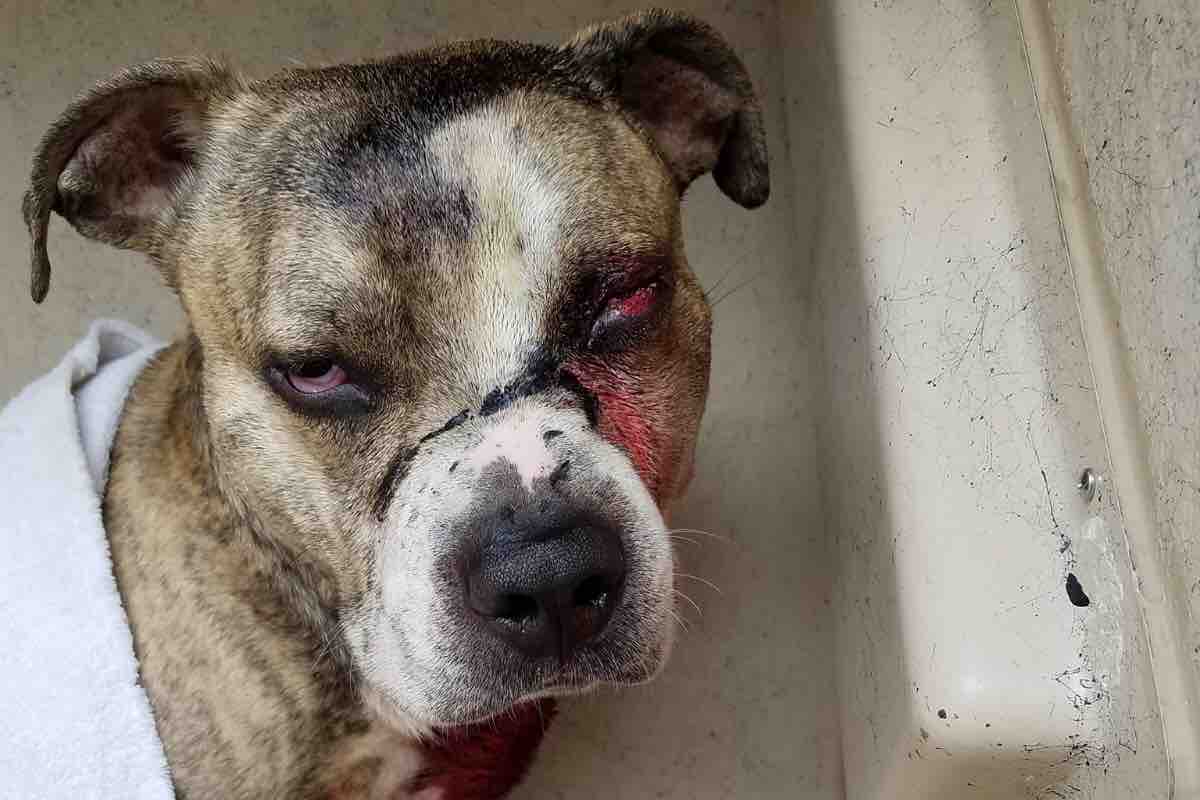 I like the happy ending, sad the dog had to go through all that.