Filler In Animal Feed Is Open Secret In China 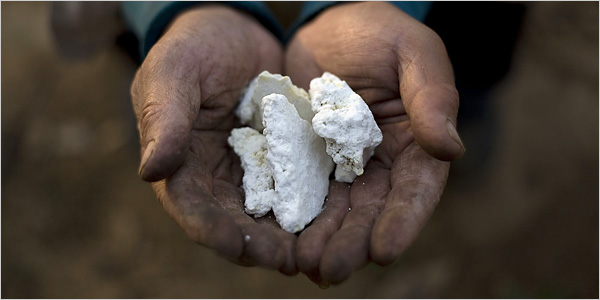 Pieces of melamine displayed by a worker. The melamine is ground into a powder and added to animal feed as a filler to keep costs low.