A pack of family dogs intervened when a bear began approaching a three-year-old in her own backyard Wednesday morning, with one canine sustaining injuries to the face and leg before scaring off the wild animal.

Emily Wagner, of Long Valley, was sitting outside just after 9 a.m. Wednesday watching her three-year-old daughter play in the familyâ€™s fenced-in backyard.

Despite the fencing, a well-known neighborhood bear estimated at 400 pounds by the homeowner, has climbed the wall and into the familyâ€™s property on numerous occasions, as often as once a week.

â€œUsually the dogs will chase him off and heâ€™ll climb over the fence and wait (for the dogs) to come inside,â€ Wagner told Patch. â€œHeâ€™s very smart.â€

But Wednesday was different.

Wagnerâ€™s daughter was outside with one of the family dogs, a rescue pup named Chief, when the mom heard her child scream.

â€œI looked up and the bear was about 15 feet from her and walking right toward her,â€ she said. â€œThe bear was between us. Chief heard her scream and immediately grabbed the bearâ€™s back leg, at which point the bear turned and bit Chiefâ€™s face and leg.â€

It was then the other three dogs, all Pit bulls and also rescues, ran to assist Chief while Wagner grabbed her daughter. The bear was chased off, back over the fence and ultimately up a tree in the woods.

By the time police arrived to the Parker Road residence, the bear had wandered off, Wagner said.

After discussions with Washington Townshipâ€™s Mayor Bill Roehrich, and the New Jersey Division of Fish and Wildlife, Wagner learned it may take a while before the neighborhood bear is no longer climbing her fence.

â€œWeâ€™re not allowed to kill the bear â€“ not that we want to â€“ and if he injures a dog they give the bear the benefit of the doubt and say itâ€™s in self-defense,â€ Wagner said. â€œThey wonâ€™t trap and relocate the bear, but will shoot it with rubber bullets and then release it back into the area.â€

In order for the bear to be taken away and euthanized, it must commit a â€œcategory oneâ€ offense, where it tries to enter a home or shows aggression like charging or attacking, and even then itâ€™s only if the action is done toward humans, not pets.

Police ask that you call their non-emergency lines to report bears that may be coming too close to your property, and dial 9-1-1 in the case of an emergency. 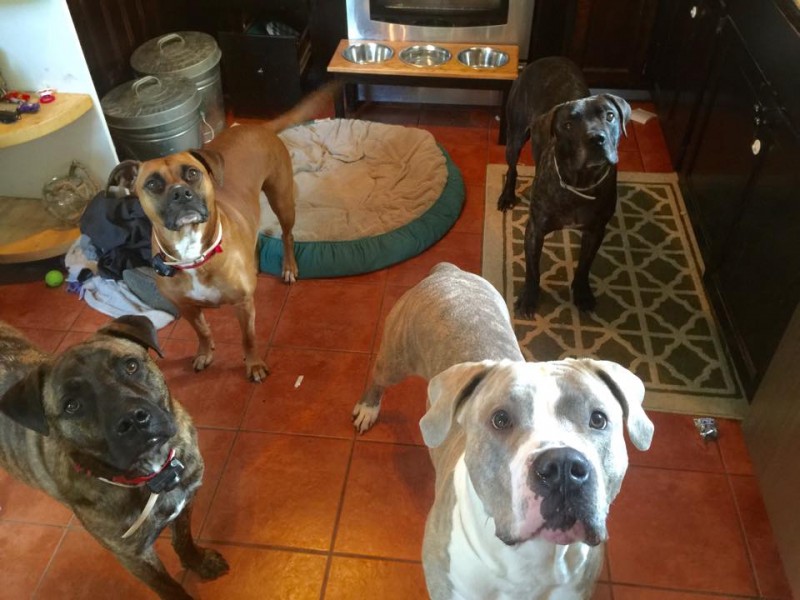